Tonight on MKR 2016 is Cheryl and Matt’s instant restaurant. The “cougar and cub” set up their restaurant “The Odd Couple”. A mix of 60’s and 80’s décor, mismatched cutlery and generally “odd” things for decoration.

For entree, Cheryl and Matt are making a chicken caesar salad recipe. This is the first dish Matt cooked for Cheryl and he will be in charge of this dish. For main, the two are cooking grilled swordfish with pea puree and tarragon sauce. Finally for dessert Matt and Cheryl are making a chocolate seduction pudding with poached pears and cinnamon ice cream.

Matt started on the Caesar salad, while Cheryl got strain onto the ice cream for dessert. Matt cooked the chicken, he thought it was good but when Cheryl looked it was undercooked. It was a lucky catch, if this had gone out to the judges it would have been a disaster. They finish the rest of the dish and brought it out to the judges.

It was a big serve, but the egg was gooey, what do Pete and Manu think?

Pete was the first to comment. He said he was sold the dish like it was full of love, but didn’t get any of that. He said it didn’t look attractive, the dressing was thin and not tasty, the chicken was dry and there was a lack of anchovies. If he got served this at a restaurant he would send it back. Manu said he has three leaves of lettuce, some chicken and some oily croutons. He wanted more and it was far from being perfect. The majority of the contestants agreed with the judges.

Next up was the grilled swordfish with pea puree and tarragon sauce. Manu was the first to judge. He asked if they thought the dish was “odd good” or “odd bad”, Cheryl said “odd good. Manu said it was “odd bad”. The fish was way over cooked, the texture was dry and mushy. The sauce was very sharp, the carrots were good, but they needed to be washed and the pea puree had no seasoning whatsoever. 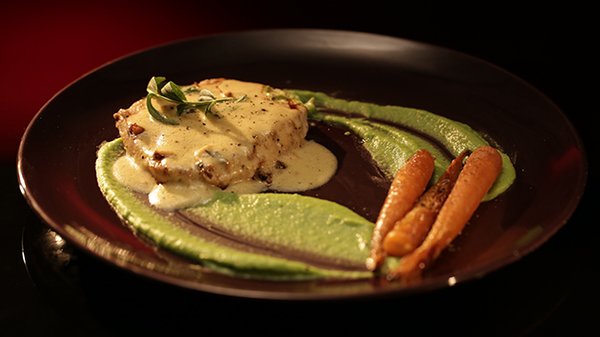 Pete said his fish was cooked beautifully, a lot different from Manu’s. The dish lacked seasoning, the tarragon sauce had no tarragon taste.

Manu said they need to work out whatever issues were going on in the kitchen and their dessert will have to wow them.

The other contestants agreed with this feedback, Zana didn’t like the little “hairs” on the unpeeled carrots and some others had grainy carrots.

The dessert comes out and the judges taste it. Manu says he expected to be seduced especially with the chocolate. He said he didn’t taste the chocolate and that cacao powder does not make it a chocolate cake. Pete says he likes nothing about the dessert. It was sickly sweet and overcooked. The ice-cream is not ice-cream. The judges ask for the recipe of the ice-cream and explain that what they have made is frozen whipped cream. The poached pears were poached well but they were bland. Manu says it was overall very disappointing. Pete says that he sees that they have the passion but no technique. The other contestants taste the dish and say that it is bizarre. There is no chocolate and it tastes like plum pudding. Zana says she is frustrated and angry that the food has been constantly bad.

Again Cheryl and Matt do not let the bad critiques phase them. 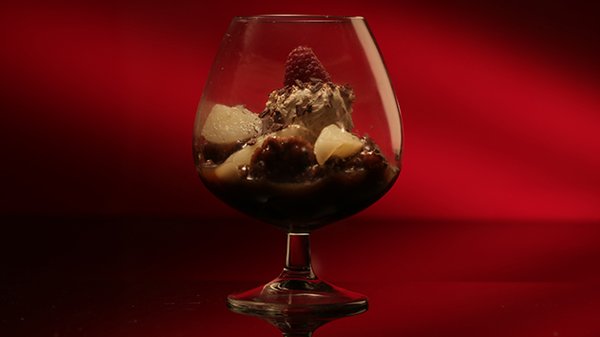 The guests score the dishes.

The judges are next to score.