It is Anna and Jordan’s instant restaurant on MKR 2016 tonight. The mother and son team from WA are hoping to hit the top of the My Kitchen Rules leaderboard. 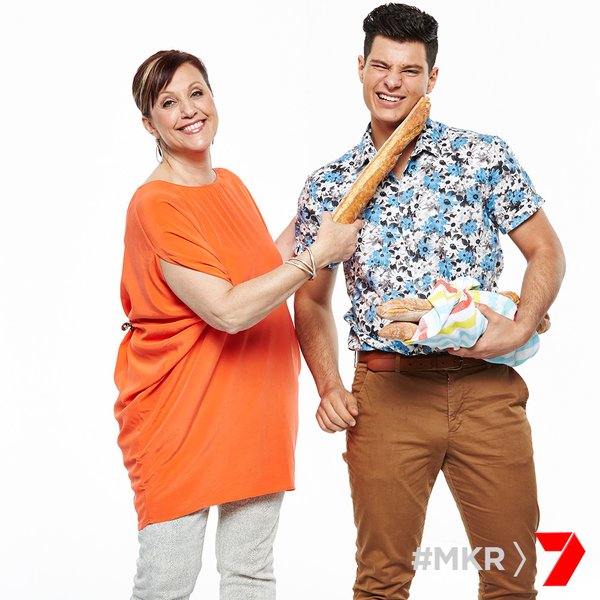 Their restaurant “Mama knows best” is trying to keep things traditional, decorated with jars of olives and olive branches. For entree, Anna and Jordan are making a baby octopus with spicy pork sausage, potato and salsa verde. The team are making their own sausage. The main course is Dad’s braised Rabbit  with pappardelle. Finally for desert the team are making a traditional Maltese recipe, imqaret with orange blossom ice cream. 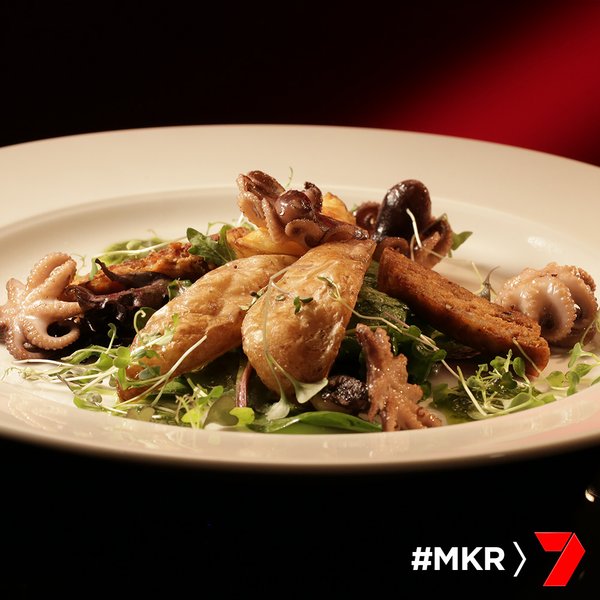 Anna grills the octopus and Jordan prepares the salsa verde. They plate up the dish and take it out to the judges. Pete and Manu taste the dish. Manu said well done on making their own sausage. He loved the crispy potatoes and the tender octopus. It was a great start although  the salsa verde was a bit bland. Pete loves the dish and says the sausage was a little dry. He liked the dish but it wasn’t perfect. The contestants get to taste the dish. Monique and Sarah absolutely love the dish. Matt agreed. Gianni said it was a good dish, Zana did not like the dry sausage and the octopus was a bit bland for her. 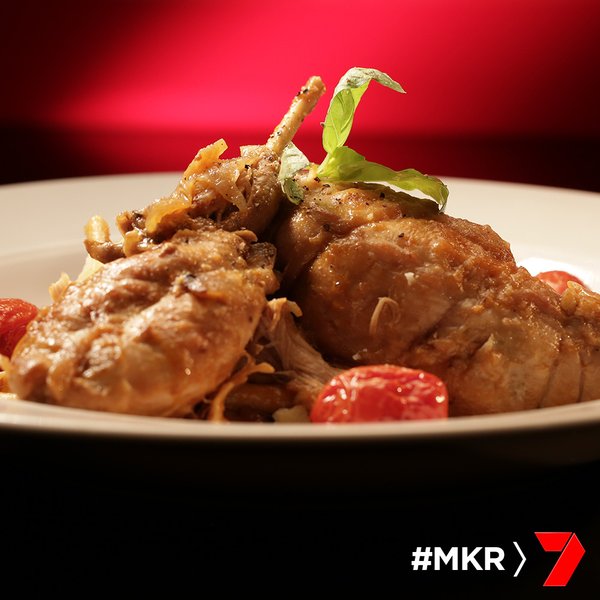 Jordan and Anna continue cooking the main. Jordan is not happy with how his ice-cream is churning. The lid had come off one of the churns and the ice-cream had split and become icy. Jordan is going to try and fix the ice-cream and Anna is working on the pappardelle. Anna takes the rabbit out of the oven, drains the sauce and reduces it on the stove. The pasta gets cooked and covered in sauce. They plate up the dish and take it out to the judges. The judges taste the dish. Pete says that Anna knocked him off his chair, the sauce was profound and was one of the nicest sauces they’ve had in the competition. He said the smallest critique was the leg was a little dry. Manu loved the dish, he said he will be coming back tomorrow. He said the rabbit was nice and juicy and he really enjoyed the dish. Manu says that Anna’s family are very lucky to have her. The contestants get to taste the dish. Everyone loves the dish, the meat, the sauce. Zana is actually very impressed, especially with the pasta. 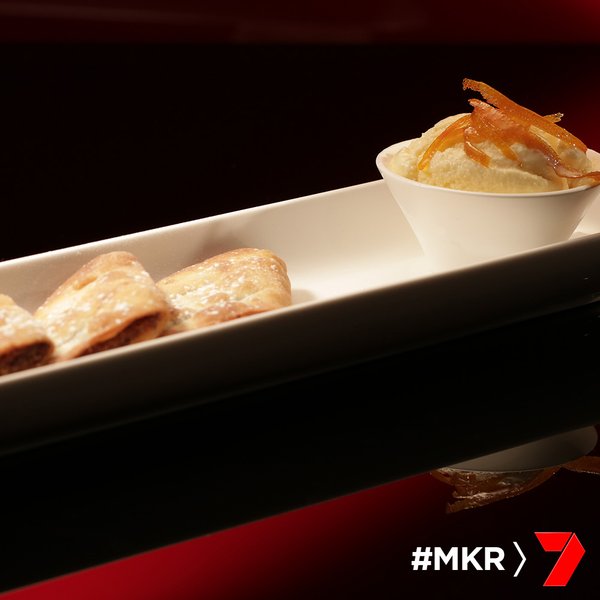 Anna and Jordan continue to prepare the dessert. The roll out the pastry for the biscuit, fill it with the date filling and shallow fry them in oil. They plate the dish up and take it out to the judges. The judges taste the dish, Jordan is very concerned about the texture of his ice-cream. Manu says he is satisfied with this dish, he likes the warm date filled biscuits and the ice-cream flavour is spot on. He is slightly disappointed with the texture of the ice-cream though. Pete loves the dish and says it could have been served in a restaurant, he loves the pastry, the spices, the sweetness. He said it is one of the best desserts he has ever had in the competition, with the exception of the error with the ice-cream. Pete says that Jordan should be very proud of his mother. The contestants get to taste their dessert. Monique and Sarah were very impressed with the dish. Zana says she was pleasantly surprised by the dish.

It’s time for the contestants to score the dish.

Grand total score of 94/110. They are now at the top of the leaderboard.

Tomorrow night it is Gianni and Zana’s turn to cook. We are really interested to see how they cook.

One thought on “Anna and Jordan’s Instant Restaurant”