Jac & Shaz take on Will & Steve in the MKR showdown in front of the former MKR contestants and their friends and families, there have been no spoiler with two endings being filmed.

The MKR 2015 winner is Will & Steve. Read on to see the dishes and the scores.

The show opened with Pete talking about Will & Steve. He praised them for starting out as humble cooks who have grown so much in the competition. Manu praised Jac & Shaz, the mothers from Mt. Isa, who are capable of taking home the prize.

The competition tonight will be to serve 100 dishes a cold entree, a hot entree, a seafood main, a meat main and dessert. They have 2 hours preparation time before the first course needs to be served.

These are Will & Steve’s Recipes Tonight:

For the first course, Will & Steve made a Cured King Fish with Yellow Curry Recipe. With 45 minutes to go, Steve realised he had left the skin on the fish. It was a disaster, he had to individually remove the skin off each piece of fish. This set them back and they were running out of time. 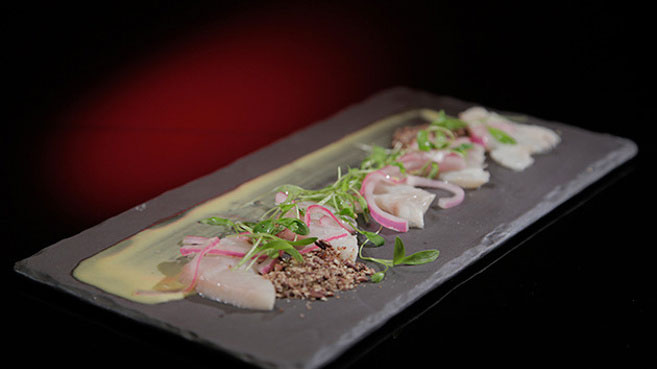 Jac & Shaz made a Prawns, Avocado and Pink Grapefruit Recipe. Jac & Shaz were calm and collected. The didn’t have any issues with this dish.

The judges started by tasting Will & Steve’s dish. Guy said it ticks a lot of boxes and is a good example of a cured fish. Manu was doubtful that the curry would work, but he was pleasantly surprised. Pete said the fish was cured to perfection.

Jac & Shaz’s dish was “so high quality”. The prawns were cooked perfectly. Karen liked the acidity of the grapefruit mixed with the creaminess of the avocado. Manu liked the prawn oil and Pete said it was “just so beautiful to eat”.

For this course, Will & Steve made Quail with Corn and Jus. They have already prepped the birds in the first course. Steve had to get the confit duck started in this course. He also had to de-bone the quail, which is a lot of effort. He wanted to do this during entree, but with the fish needing to be cut twice, he ran out of time. 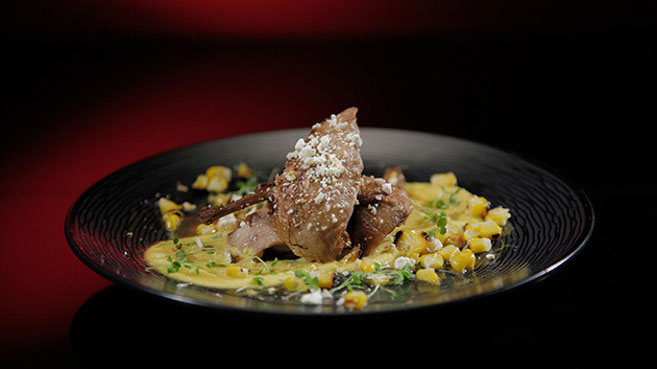 Jac and Shaz made a Lamb with Feta, Beetroot and Rosemary Honey Recipe for the hot course. During this course, they had to get the beef cheeks started for the next course. 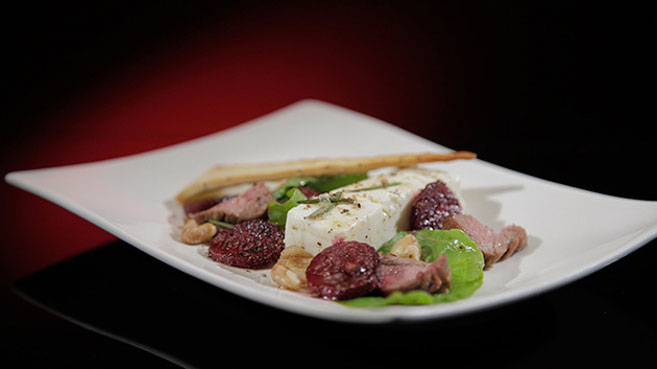 All of a sudden, Steve cut himself. He had to see the nurse and Will had to take over de-boning the quail. They were in a lot of trouble.

It came down to the plating. Will & Steve had to sacrifice one of the quail breasts, and their plating was very sloppy. Jac & Shaz managed to plate everything on time.

Their dish was first to be tasted. The lamb was cooked nice and pink. Karen said they were playing the classics, lamb and fetta traditionally go well together. Colin though the fetta was too big, it was bigger than the lamb on the plate.

Will & Steve’s quail “looked a little rushed”. Karen said they were thinking more like a chef. The quail was cooked well and all the components went well together. It was a shame they rushed it, because it was delicious.

For this main, Will & Steve made a Red Mullet with Jerusalem Artichoke and Basil recipe. 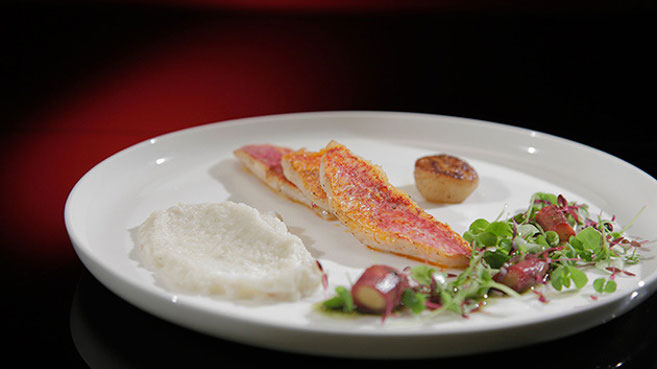 Jac & Shaz made a Confit Salmon with Roasted Fennel and Avocado Mousse recipe. Will this dish be a winner? It looks amazing! 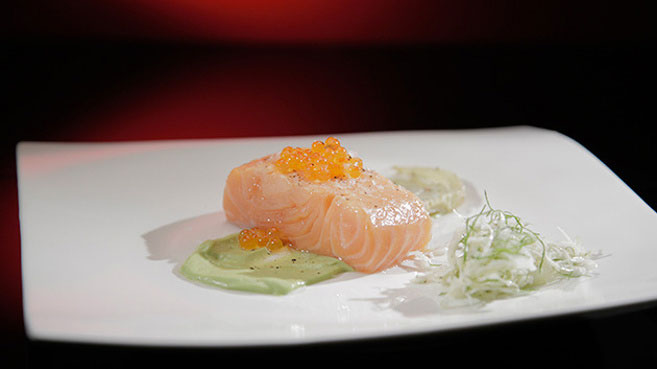 The show isn’t giving away any spoilers on who the MKR 2015 winner is.

Jac & Shaz checked their salmon, it wasn’t cooked at all. There was only 10 minutes left. They put it back in the oven and turned up the heat.

Will was blending his puree and took the lid off, it hit him right in the face.

For the first time tonight, Will & Steve aren’t rushed plating up. They’re on time and their on track. With 2 minutes to go, they browned off their artichokes and whacked them on the plate. Jac & Shaz managed to plate their dish without too many issues.

Jac & Shaz’s dish was first to be tasted. It was another classic combination. It had a beautiful flavour and the salmon was cooked well. Guy noted there was avocado for the second time in the menu though. The judges weren’t giving much away.

For this course, Will & Steve made a Confit Duck leg with honeyed Beetroot and Compressed Watermelon Recipe. Will & Steve had issues, they took the duck out and it wasn’t cooked. It should have been falling off the bone. They put it back in and turned up the heat. 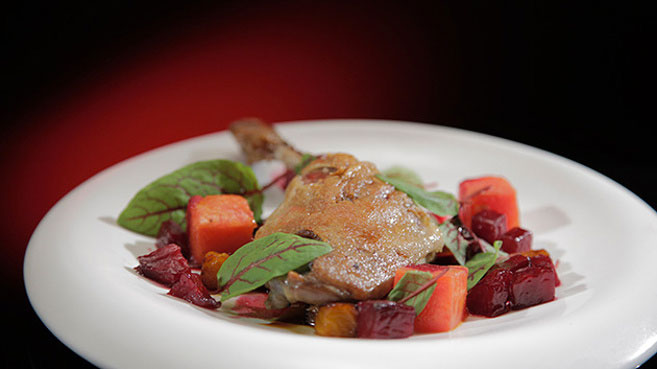 Jac & Shaz made a Beef Cheeks with port and Celeriac Purée recipe. At this stage, they had already had the beef cheeks cooking for a while and they are almost done. 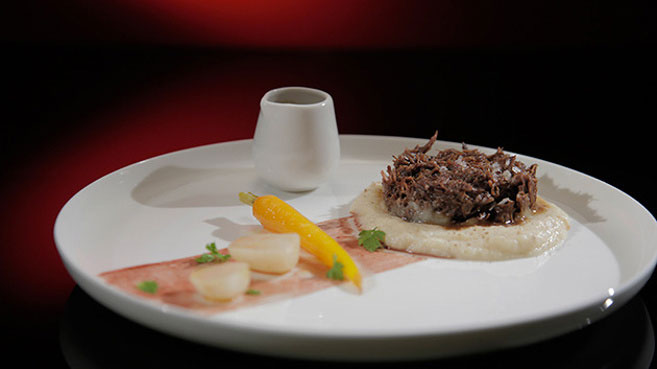 Will & Steve’s duck dish had vibrant colours and looked beautiful. The duck was perfectly cooked for Colin, but Guy’s was a little undercooked.

For dessert Will and Steve are cooking Peaches and Cream recipe. 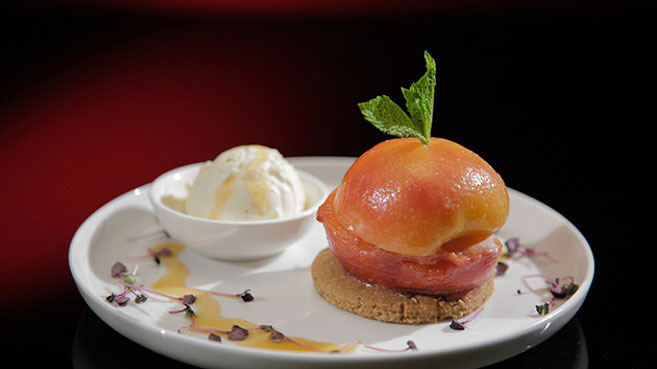 For dessert Jac and Shaz are cooking Red Velvet with Chocolate and Raspberries recipe. 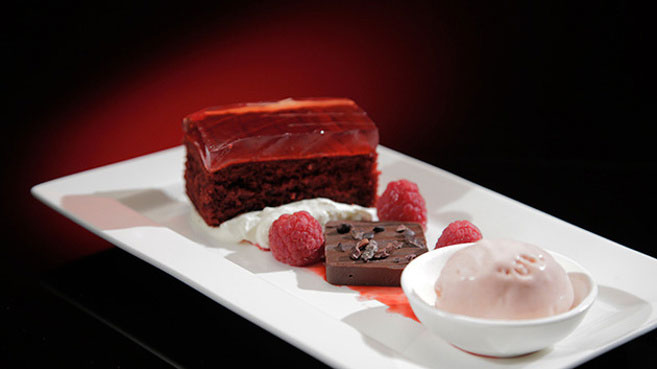 Both teams were on track with this course. With 10 minutes to go, Will & Steve start plating up.

The first dish to be tasted was Jac & Shaz’s red velvet. Karen said it was rich, beatiful jelly and it was a ‘whirlwind’ of flavours. Many was really impressed, it was amazing. Guy Grossi felt like a kid again.

Will & Steve’s peaches and cream looked amazing. It also tasted amazing. The fennel and peach was a wonderful idea. The peach was cooked perfectly, and the biscuit was perfect. It was worthy of a five star restaurant. Roasting the peach was the best way to bring out flavour. Manu said the flavour was “out of this world” and it blew him away.