Tonight’s MKR instant restaurant was Sheri and Emilie. Last restaurant, they kept their guests waiting so they had to make sure they were on time tonight. During preparation time, Emilie had to go back to the shops to get more Lamb shanks and butter milk. This set the girls back from the get go.

For entree Sheri and Emilie made Mushroom Crepes. Manu said they had “took me back to my childhood”. The crepes were “fantastic” just like his mum used to make when he was a child. The salad underneath was a bit strange, it would have been better inside the crepe. Pete said it was delicious, there was room for improvement but the crepes themselves were spectacular. 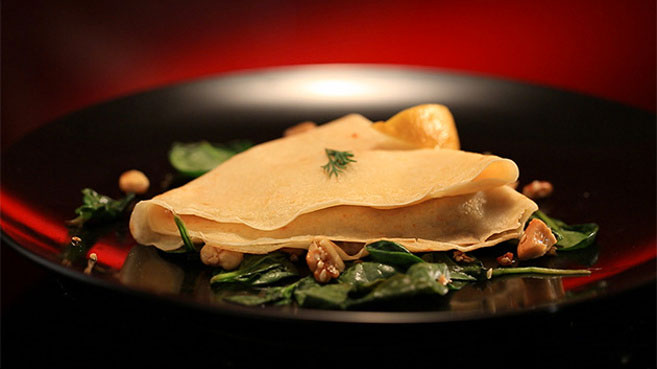 For main, Sheri and Emilie cooked a Deconstructed Lamb Shank and Sherry Pie recipe. Pete asked “why did you call it a pie”. Pete said the little piece of pastry does not make it a pie. The lamb shank was cooked perfectly, the crisp was good but the pastry wasn’t very good. Manu said he was a little disappointed, he doesn’t like the word deconstructed. He did like the lamb shank however the sauce would probably have been better as a red wine sauce rather than a sherry sauce. 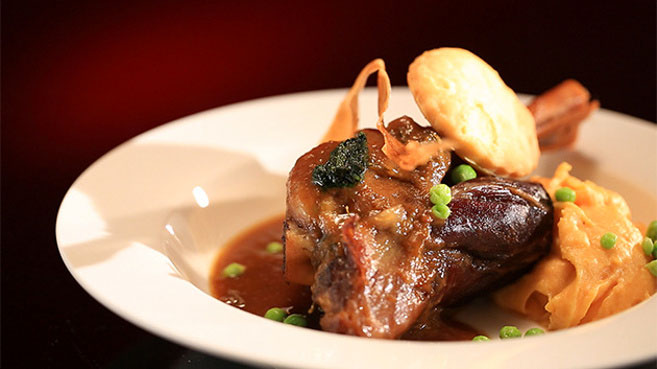 For dessert, Sheri and Emilie made a Rhubarb and Raspberry Upside-Down Cake with Crème Anglaise recipe. They couldn’t get the creme anglaise to work and had to try it a few times. Sheri made a berry coulis to compensate for missing berries on the cake.

Manu said the balance between the raspberry and rhubarb and sponge was balanced very well, but that was about it. The dessert was a bit too simple. He asked if it was good enough for a cooking competition. Pete agreed, the anglaise needed more thickening and more flavour. 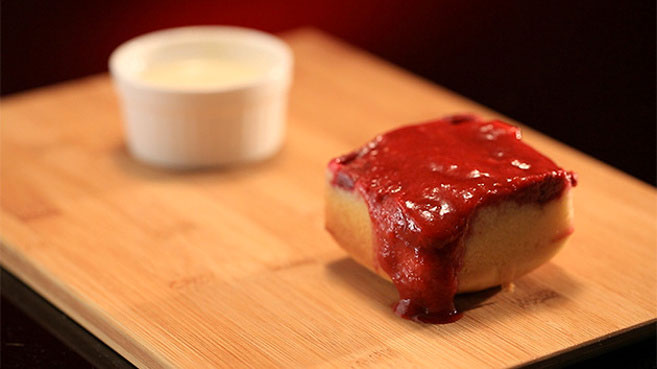