Tonight it was Rose and Josh‘s turn to cook in their My Kitchen Rules 2015 Instant Restaurant. Find out their scores below.

Rose and Josh’s restaurant was called Mi Cocina, which is Spanish for “My Restaurant”. The restaurant and had a spanish inspired menu and started with a serve of Sangria. 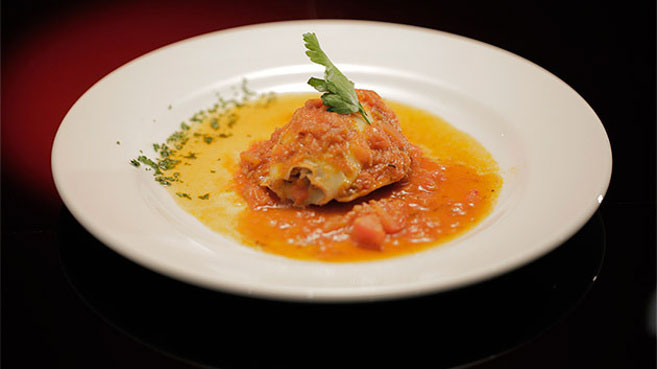 For entree, Rose and Josh made Chorizo Stuffed Calamari with Tomato and Garlic Sauce. They debated whether the calamari was cooked enough and decided to take them out so that they weren’t overcooked. The dish made it out of the kitchen very quickly.

Pete judged first. He said he was very glad to have the team in the competition. The calamari was cooked well, and the sauce was delicious but he couldn’t taste the chorizo. Manu said it was home cooking at its best. The calamari melted in his mouth, the chorizo wasn’t there but it was wonderful home cooking. 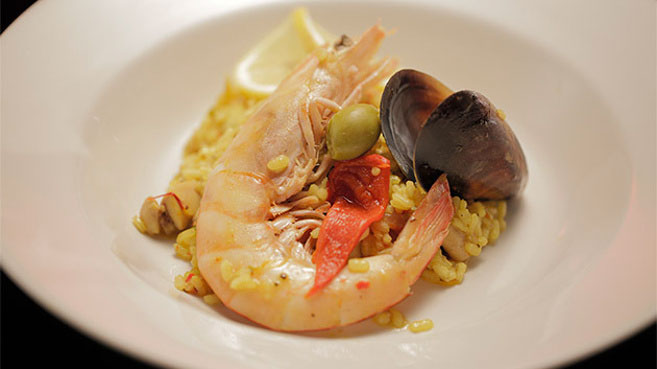 Rose and Josh made Paella for main course. They made the mistake of accidentally pouring out the prawn water. They then poured too much stock into the Paella. They took some of the stock out but it would mean the flavours are diluted. Rose was a bit upset with the dish. They weren’t happy with the look of the dish when they served it.

Manu said the flavours were there and the rice was cooked well, but they weren’t mixed together and the rice didn’t have a crispy bottom. Pete said he thought this isn’t how the team would normally serve it. They had to do better with their dessert. 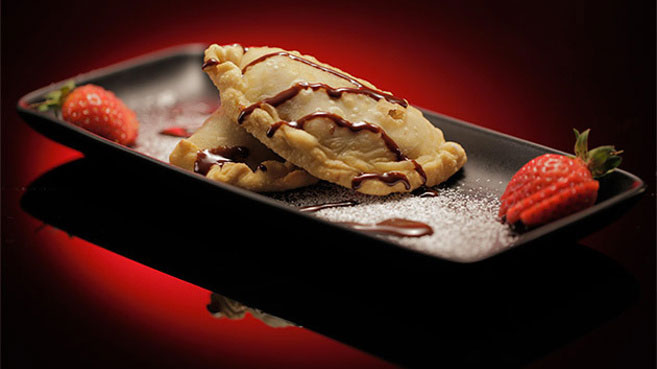 For dessert, Rose and Josh cooked Apple and Cinnamon Empanadas with Chocolate Sauce. The team were happy with this dish, it looked beautiful on the plate. Manu said the flavours were fantastic, the filling was delicious but there was not enough chocolate source. He said the most disappointed part was the pastry. Pete said they were undercooked and it was a bit like eating half cooked pastry.