Tonight’s My Kitchen Rules Instant Restaurant is Robert and Lynzey‘s in the Blue Mountains, NSW. Their restaurant was called Tejars. 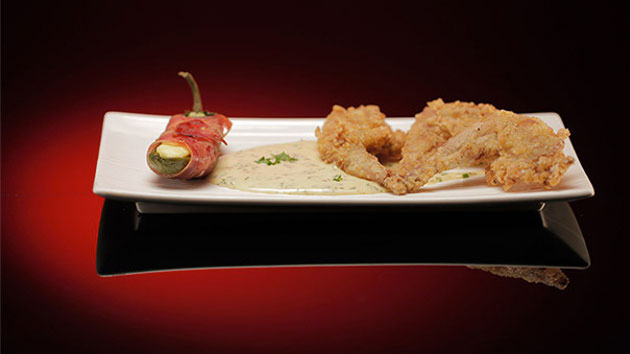 Robert and Lynzey looked confident when they delivered their dishes to their guests. Also, the guests had an audible “wow” when the dishes were placed in front of them.

Manu was really happy with the dish. He mentioned they haven’t had Texan food before. The combination of cream cheese and jalapeño was great and the sauce was “bloody good too”.

Pete said it was the type of food they love on My Kitchen Rules. It all worked together. It was simple food but “done to perfection”.

Robert and Lynzey struggled with the beef. They had told Pete it would be served rare but had overcooked the first lot, they put two more pieces on but were then worried there would be a lot of disparity in the different cuts.

Pete said the beef was medium rare, it would have been better as rare. He liked the horseradish garlic butter. Manu was also disappointed with the beef. He thought the corn was beautiful. He was happy with the simple food cooked well. 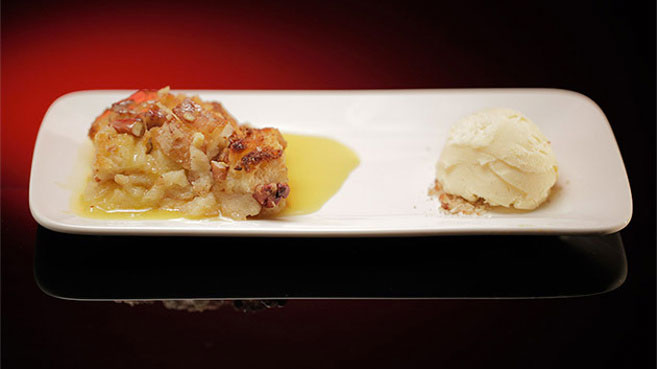 The team were a bit worried about the ice cream, having made two batches, but they turned out the same. When the dish came out it looked lovely.

Manu said it was his least favourite dish of the night. The top tasted like stale bread. The ice cream and sauce were too sweat. Pete said it wasn’t the type of dish he would usually go for. He disagreed with Manu, he said he liked it. He said the bourbon flavour was good.

The contestants loved it also.