For entree Rob & Dave made a Chargrilled seafood in tomato and basil Consomme recipe. Guy Grossi said it had simplistic presentation but there was a real depth of flavour. Colin said it was a “really good dish” and Pete said it makes him “want more of it”. Manu said it was a good start. 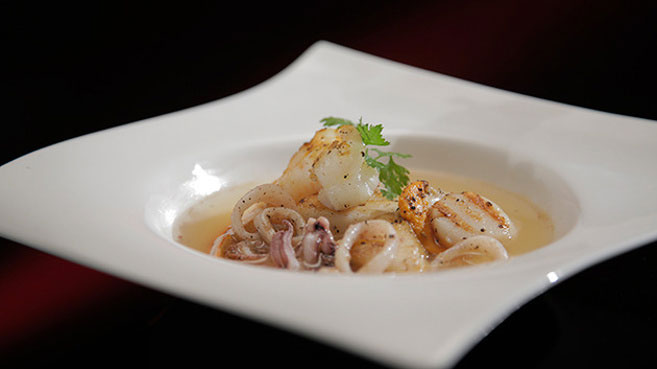 Robert and Lynzey made a Fried goat’s cheese with strawberries and balsamic recipe. Guy grossi said the cheese ball was dry. Karen thought the balsamic was “burnt”. Manu said the plating was dating. Pete thought they had “rushed it”. The salad wasn’t dressed properly.

For main, Robert & Lynzey made Wagu Eye Fillet with Caramelised Onions and Potato Purée. Colin said the presentation was simple, but the beef was cooked perfect. The sweetness of the onion worked well with the beef, but the potato had some lumps in it. Manu also said the steak was cooked perfectly. 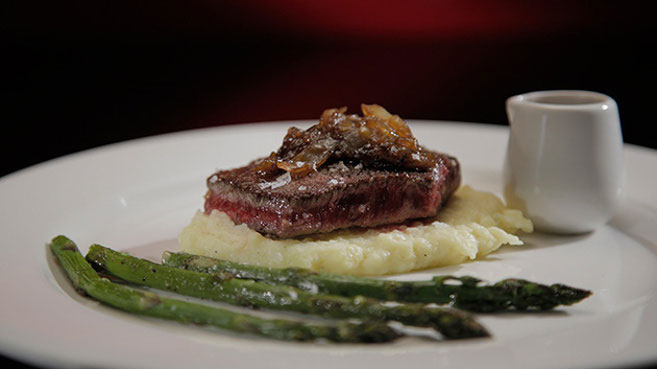 Rob & Dave made a Stuffed Chicken Breast with Brussels Sprouts and Parsnip Purée recipe. Liz said the chicken breast was cooked beautifully. Karen thought the puree was silky and smooth. Colin said it had a great seasoning. The brussel sprouts could have been slightly cooked longer, but it was only a very small detail. 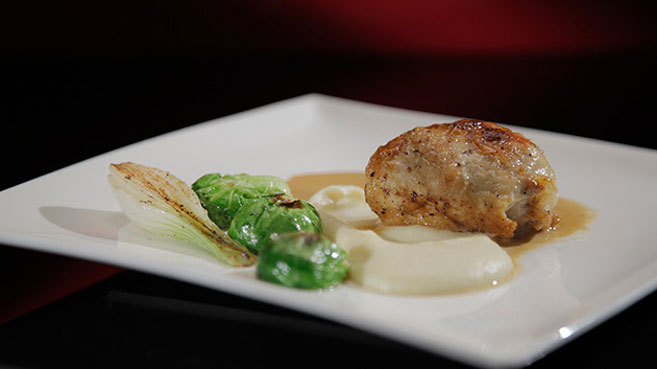 For dessert Robert and Lynzey made a Beetroot and Blood Orange Parfait with Raspberry Sorbet recipe. They had some trouble with the parfait setting as there was too much juice. They decided to plate the two elements in a glass. Liz said it had gorgeous flavours but it was sad that it wasn’t set. Colin said it had everything you want in a dessert. Pete said it was delicious and Manu loved it but said it was a real pity it didn’t set. 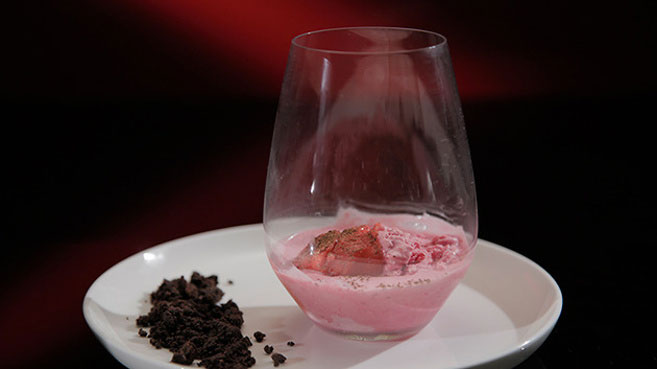 Rob & Dave made Honey & Ginger fig with shortbread and pistachio biscuit. Karen really enjoyed the sweet fig and their poaching was successful. Guy saw it a bit differently, he liked the fig but the dish didn’t come together. Pete said it was his least favourite dish.

Rob & Dave win tonight with a score of 46. Robert & Lynzey were eliminated from My Kitchen Rules tonight.