Tonight was the first semi final for My Kitchen Rules 2015. It is Ash & Camilla vs Wil & Steve, NSW vs VIC. They have to serve a three course meal, starting with their entrees in just 1 and 1/2 hours.

This is the first MKR Semi Final with Drasko & Bianca who lost MKR last night. 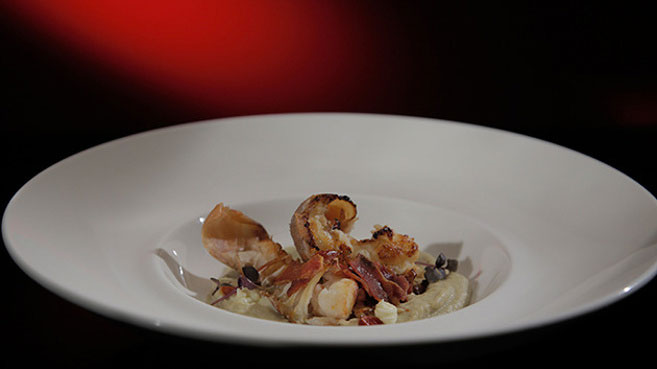 Wil & Steve made a Smoked Trout with Celery, Apple and Fennel Recipe. They had some issues with the trout. When they were smoking it, the fish caught fire, they took it off, but it wasn’t cooked and had to put it back in. Liz Egan loved the entree, the trout was smoke beautifully. Colin said it was a strong start and a good dish. It all works together.

For main course, Ash & Camilla made a Veal Loin with Pumpkin Beurre Noisette Purée and Truffle Gnocci Recipe. They cooked the potatoes for the Gnocchi, but when they peeled them they were undercooked. They decided to put them back in the water, but had already peeled them. Once Ash & Camilla cooked and tasted them they said it tasted like “Chunky Play-Doh”. They had 11 minutes to go. They decided to scrap the potato gnocchi and make a ricotta gnocchi.

Guy said it was a very good piece of veal, it was cooked well. Colin liked the puree, but the gnocchi he could give or take. Liz said the gnocchi was too firm and had too much flour in it. 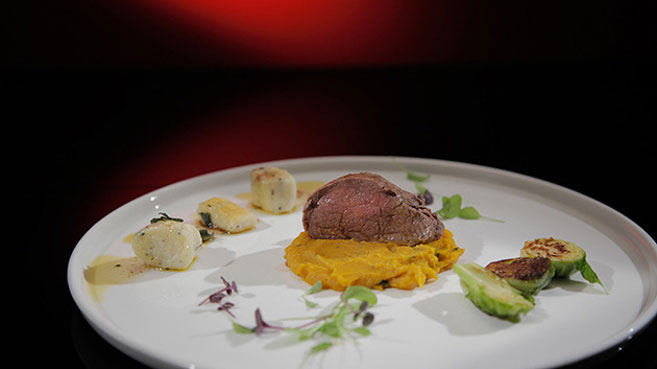 Wil & Steve made a Rib-Eye with Root Vegetable Galette and Port Jus Recipe. When Wil & Steve were plating up, they almost forgot the jus, they had to quickly splash it on the plate.

The steak was cooked prefectly. Colin said the size of the main course was “huge” but it was all cooked perfectly. Karen would have liked more Galette on the plate. Manu said the jus disappeared in the dish. Pete said it was not the best dish he has had in the competition. He seemed to be the only judge that doubted the dish. 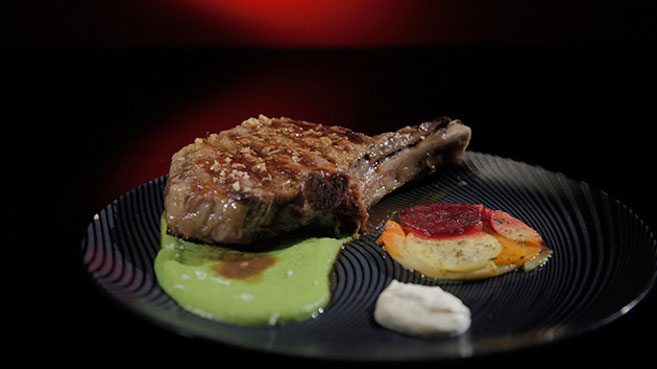 For Dessert, Ash & Camilla made a Rocky Road Recipe. Karen said the presentation was beautiful and it was a good idea to deconstruct a rocky road. Guy said he was finding it hard to get past the use of gelatin in the dessert. Manu said he loved the simplicity of the dessert. 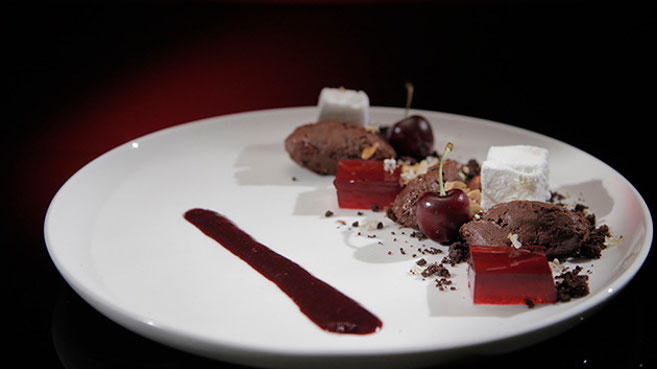 Wil & Steve made a Blackberry, Lime and Elderflower Tart Recipe. They made a meringue, but it wasn’t right, they weren’t happy with it and had to take it off all the tarts.

Wil & Steve win tonight and are through to the grand final. Ash & Camilla have been eliminated from the competition.