The first My Kitchen Rules Finals Instant Restuarant was Drakso and Bianca’s restaurant “Wild Pastures”. This round, the contestants have to cook two dishes for each course, the other contestants (the diners) are able to choose which dish they would like.

For entree, Drasko & Bianca’s first dish was a Seared Scallops with Chestnut Velouté Recipe. Manu had this dish. It was a “really good dish to start”. It was a bit light on the chestnut, but the sauce was good. The Scallops were a little overcooked. 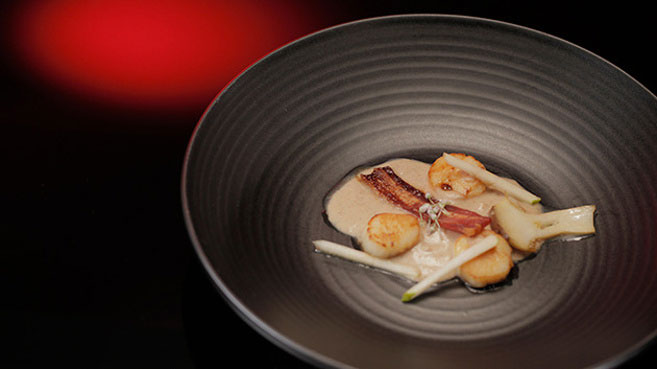 The second entree dish was Bianca’s Pho Bo with Homemade Rice Noodles Recipe. Pete said it was a “clean little starter”. He thought the stock needed longer to develop. The noodles weren’t perfect, but they weren’t offensive either. He hopes the next course will need to “step it up a notch”. 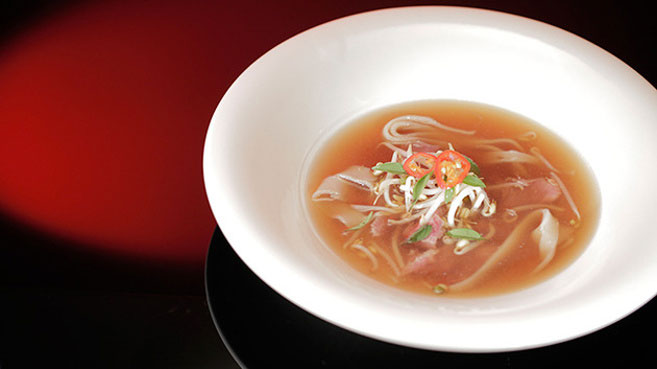 Drasko & Bianca struggled with time in the main course. After an hour of waiting, they were still de-boning the quail. After 1.5 hours, they only just started smoking it. Finally, after 3 hours, the main was served.

For main course, Drasko & Bianca’s first dish was a Tea-Smoked Quail with Mushroom Cream recipe. Pete loved the smoking of the quail, it was “beautiful” and “full flavoured”. The quail by itself with the mushroom was a small entree at best. The mushroom cream didn’t work. 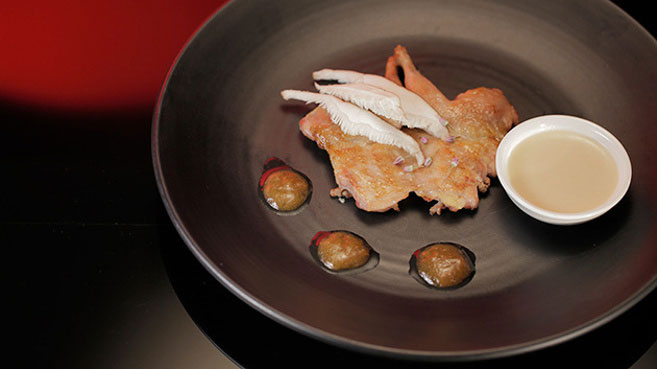 Drasko & Bianca’s second dish was a Veal with Truffled Pine Nut Purée and Crispy Zucchini Flowers recipe. It “looked amazing”. The flavours were good. The veal needed more caramelisation, but Manu was impressed that two amateur cooks had such imagination, they had potential to be good chefs, they just needed to work on the basics. 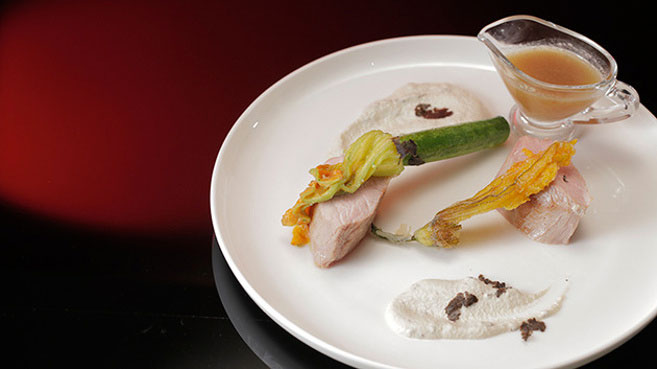 For dessert, Drasko & Bianca made a Chocolate Delice with Mandarin Caviar recipe. There were issues with this dish too, the Delice didn’t set. Manu asked what was going on with the delice. He said it didn’t work for him, he was expecting a bit more. 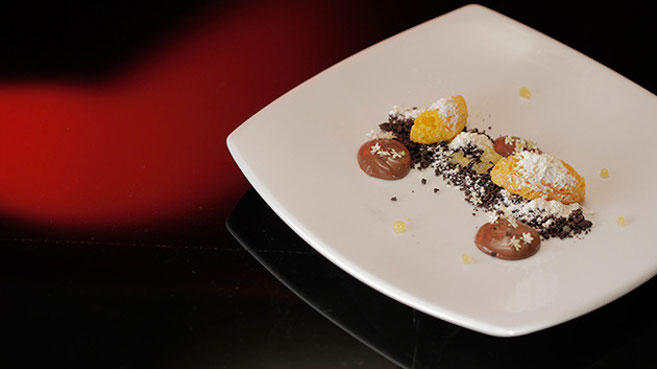 Their final dish was a First Date Lemon Tart recipe. The team had some issues with the tart. They had the oven on grill for their lemon tart, it burnt the top but was uncooked. They tried to fix it by putting foil on the top, but it didn’t work. They had to serve it “deconstructed”. Pete asked “what happened?”. It was very tart and there was “something strange” that was going on with their sorbet. Pete said it was a disaster. 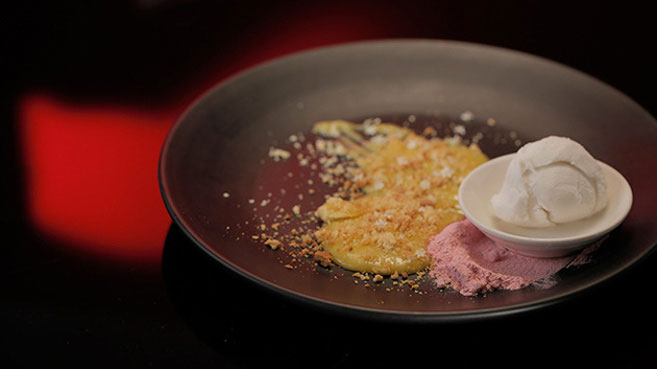