Tonight in My Kitchen Rules it is Kat and Andre‘s turn to cook in their instant restaurant. The couple from Western Australia have a love of fishing and are planning a seafood menu tonight. Their restaurant name was “Fin and Tonic”, named after their love of seafood and gin and tonic. 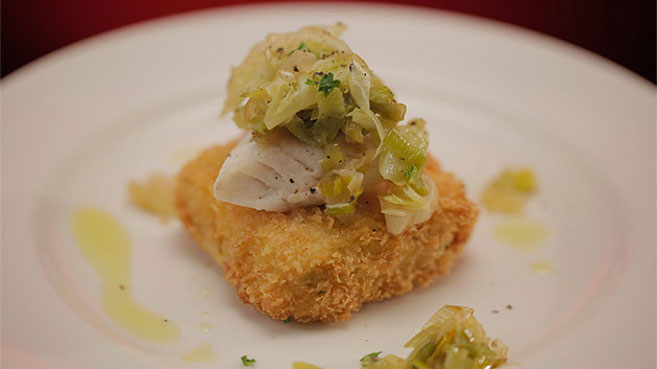 The contestants thought the amount of fish was small and it didn’t smell very smokey. Pete said the dish looked like something you would see coming out of a restaurant. However the crunchy mash was very bland and the smokey cod wasn’t smokey at all. The ratio of the dish was out too. There was a lot to like about the dish, but there was a lot of room for improvement too.

Manu said smoking was a hard thing to do, the leek and cabbage was brilliant but there was not enough fish.

Kat and Andre Crayfish Ravioli with Roasted Tomato Sauce for their main disk. The contestants were waiting a long time, over two hours, for their main course. Kat and Andre were struggling, their pasta was dry, but they didn’t have any time to redo it. They decided to cook and serve them.

Kat and Andre are extremely disappointed in their performance and reviews. The other contestants get their turn to taste the dish. They comment that they dish is flavourless and that the pasta is undercooked. Some teams are quite pleased that Kat and Andre have failed twice tonight. 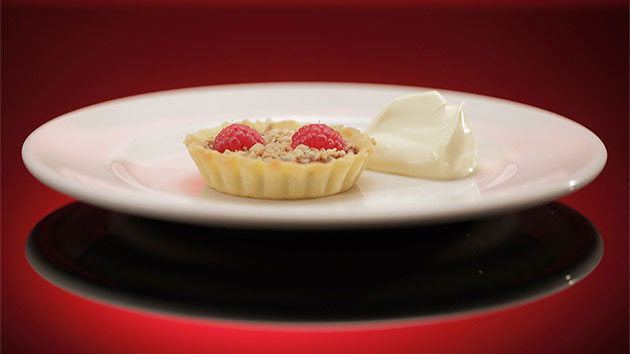 Finally, for dessert, the couple cooked Chocolate Tart with Raspberries and Cream. Once again, their dish was very small. Manu said they have been consistent in all three courses, in that they were all “stingy”. The pastry was cooked well, but not short enough. Manu was left wanting more. It was nice, but there was nothing “wow” about it. Pete said if the tart had have been bigger it would have been received better. Pete thinks the couple have what it takes but need to work on their cooking. There was not enough chocolate in the tart.