In the first episode for My Kitchen Rules 2015 we saw a lot of introduction of the team. They explained that there would be two groups each to cook in their own individual instant restaurant challenges. The first team to host the contests were Jac and Shaz. They seemed under control and confident.

The contest was the same format as other years, with the teams cooking three dishes which were judged by both the other contestants and Pete and Manu.

When the other contestants saw the menu, they thought it was a very safe menu. If it was done well they could pull it off, but it could also be very plain.

The girls hoped their rosti was crunchy. The judges kept them in suspense, and then *snap* there was lots of crunch.

Pete said there was consistency with all the dishes around the table but asked if it was too simple. However, he said he loved it. It was simple but it works. Manu said it looked beautiful. He is not a fan of stacks as they are dated, but these looked good. It was missing a small pinch of salt, cracked pepper and perhaps a squeeze of lemon.

Some of the contestants were disappointed they didn’t smoke the salmon themselves.

For main course, they cooked Rack of Lamb with Crushed Potatoes and Lemon Green Beans. 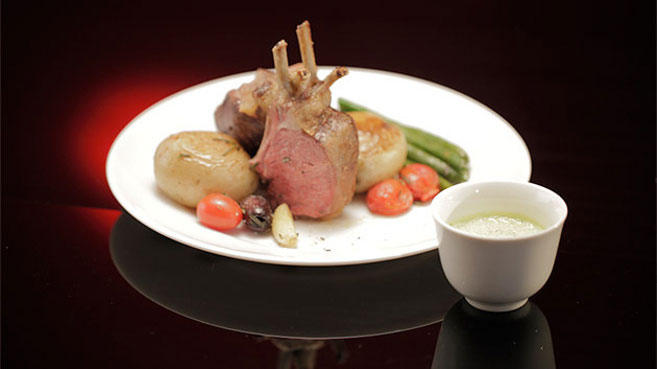 Jac and Shaz had a few issues with their main dish. They cooked it too early and it was cold, so they had to re-cook it. Also, it was a very big portion.

Manu was first to judge. He said it was a big portion, but it was better to be too big than too small. He was “quite disappointed”. He said they struggled with the lamb, with large amounts of un-rendered fat and a huge piece of raw garlic. Pete said on the menu the dish sounded good, but it wasn’t executed well. The sauce wasn’t good but he liked the lamb. 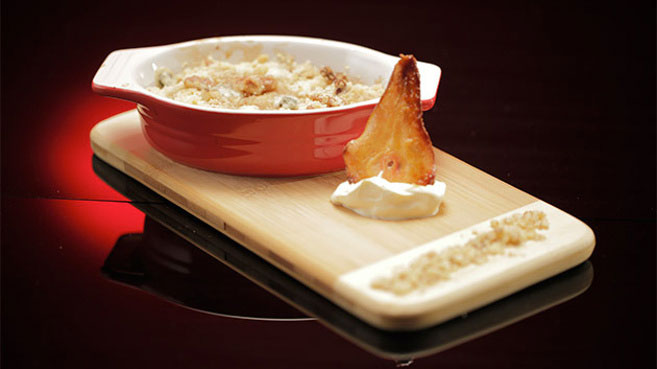 The contestants said it looked beautiful but couldn’t work out what the smell was. Manu was shocked that they would leave out that the crumble had blue cheese in it but it wasn’t listed on the menu. Manu said they got the combination of ingredients right, but for a cheese platter. In a hot combination he was a little shocked. Pete said he was struggling, every time he had a taste of the cheese it over powered everything.