Tonight was My Kitchen Rules Contestants Tony and Lynn’s Instant Restaurant. Their restaurant “The Serengeti” was African Themed. Being from South Africa, the team served up an African inspired menu.

For entree, Lynn and Tony made Peri Peri Prawns with Cucumber and Apple Salad. They had some issues in the kitchen. They tried to make the Peri Peri twice but Tony measured the white wine vinegar wrong both times. They didn’t have enough time to make it a third time, so left it off the plate.

Colin said the dish looked exciting, the prawns and the salad was good, but it wasn’t “Peri Peri” without the dressing. One of the contestants had a hair in theirs and they couldn’t taste the Peri Peri either.

For main course, Lynn and and Tony made Poor Man’s Bolo with Maize Meal and Crispy Green Beans. While they were cooking, the meat wasn’t tenderising enough in the sauce in the oven. They were hoping by the time they finished the other elements, it would be ready. They started plating up, but Lynn realised Tony had only made 9 sweet potatoes instead of 11. They had to put the vegetables back in the oven and make some more.

It took a while to get the dish out. When they did, Colin asked if this is how it would have originally been served. Of course they answered no. Colin said he wants to eat what they would usually eat. The sauce was good, but the meat was very tough. The sweet potato was good but Colin wasn’t sure what the parmesan was there for. 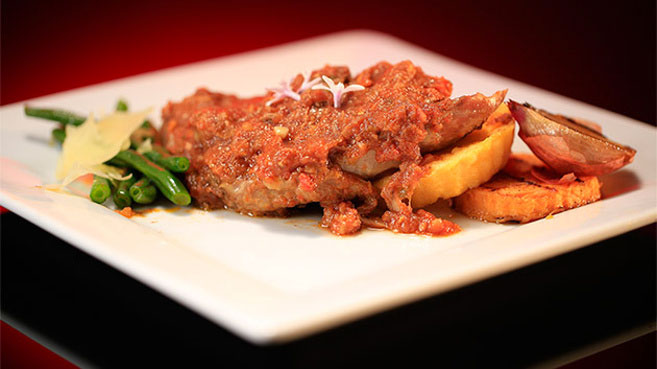 For dessert, the team made Pharaoh’s Money Bags – Mascarpone and Fig Filo Pastry. The team had more dramas with their dessert. Their money bags weren’t working, they exploded in the oven. They decided to plate up the filling, crisp the bag more in the oven and place it over the top of the filling.

Colin said the dish wasn’t too bad. The pastry was crunchy and he liked the crunch of the nuts. It wasn’t perfect, but it was about passion and this dish had passion. 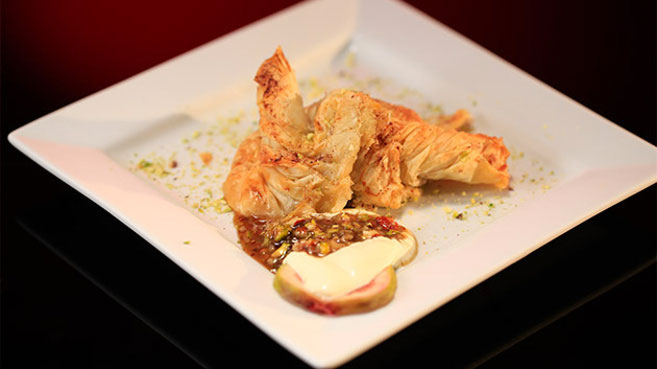