Tonight was Jane and Emma’s turn at redemption with their Instant Restaurant “Wisteria”. Can they remain safe in the competition? The advertising for this episode hinted that there will be the highest score ever in MKR history and it’s the last episode of the week, so most likely.

For entree, Jane and Emma made a Pumpkin Ravioli with a Sage Butter recipe. Manu said he was “not happy”, he was “amazed”. He said they had done an “amazing job”. The pasta was perfect, the smallest critique was the butter could have been taken a bit further. Pete said it was “sensational”. 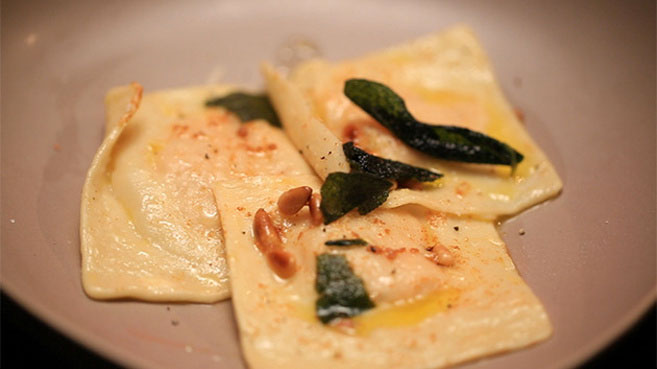 Jane and Emma made a Pork Cheek with Apple Cider Jus, Crackling and Potato Croquette Recipe for main. Manu said the dish didn’t look good, but it “tested damn good”. The flavour of all the elements was an “explosion of flavour”. Pete said it “feels like i’m in a restaurant”. He said they created one of the best sauces they’ve had in the competition and it was “perfect”. 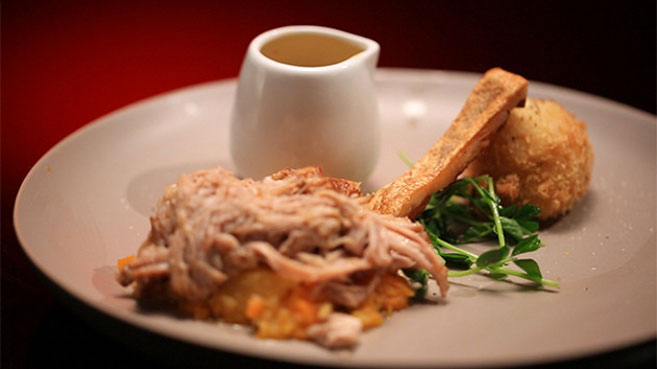 For dessert, Jane and Emma cooked a Lemon Friand with Lemon Curd and Blueberries recipe. Pete said the friand was delicious and the curd was spot on. He thought the ice cream was a distraction from the friand. Manu said the friand was moist and chewy, although the lemon curd was undercooked and runny. He was not overly excited but said well done. 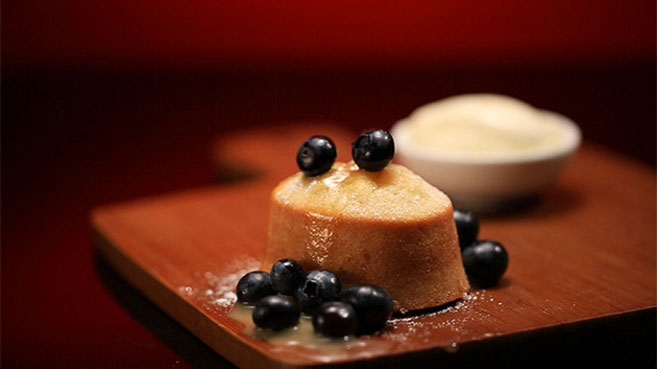 The girls are well and truly safe from elimination.