The final team to cook in the first round of instant restaurants is Gina and Anna. Their restaurant was called “Aquazure” and had an aqua theme. Because this is the final round, the team has to score higher than 45 to stay in the competition. If they do, Annie and Llyod will be going home. 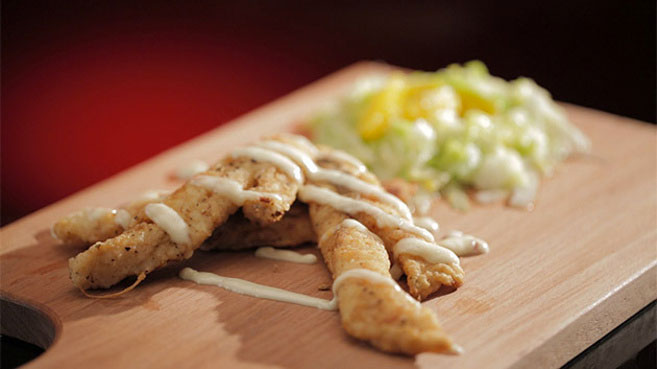 For entree, Gina and Anna made Salt and Pepper Flathead Fillets with Lime Aioli.

Pete was the first to judge. His opening comment was that the “fish was overcooked and it doesn’t have a salt and pepper flavour”. Manu thought the salad was the worst part. It was slimy and the orange and pineapple didn’t go well together. 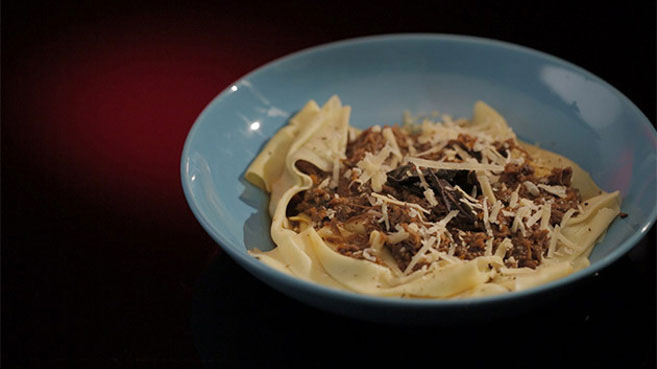 For main course, Gina and Anna cooked Rotolo of Gnocchi & Duck Ragu with Crispy Sage. The team struggled with the main course. The potatoes for their gnocchi had dried out and were unusable. They decided to make pasta instead. Then, when finishing off the Ragu, Gina added too much tomato paste, spoiling the flavour. They managed to cook it out and fix the flavour.

Manu loved the flavour of the Ragu. He said the pasta could have been great, but it was overcooked. Pete also said the pasta was bland and overcooked and by leaving some water in the pasta it diluted the ragu. 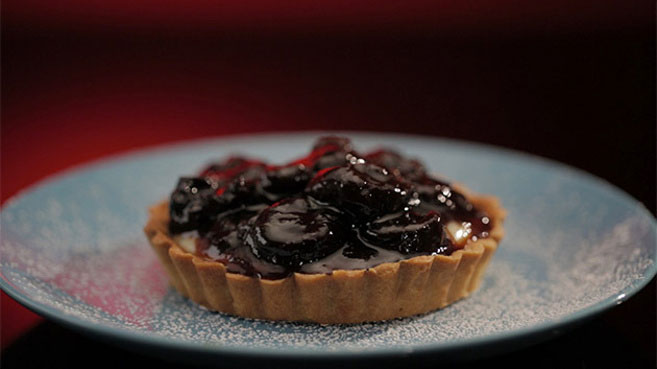 For dessert, the team cooked Crème Pâtissière Tarts with Prunes in Port Syrup.

From the get go, the judges had a hard time trying to cut into the tart. Manu said the Crème Pâtissière was a little under cooked and the tart shell was too hard. Pete said it was a bit of a polarising dish and didn’t work for him.

Gina and Anna have been eliminated from the competition.