Tonight on My Kitchen Rules 2015 was Annie and Llyod‘s instant restaurant. Their restaurant was called Mystic Hollow and aimed to combine food with a bit of imagination. 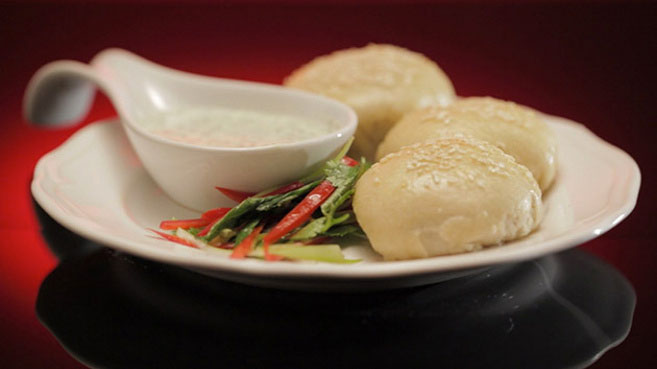 For entree, Annie and Lloyd made Beef Madras Coconut Buns with Yoghurt Dipping Sauce. The buns weren’t exactly as they would have liked them, they thought they were a bit doughy and the filling didn’t have enough kick, but there was not much they could do about it and decided to serve them.

Pete was first to judge. He was excited with the meal when it came to the table, but there wasn’t enough flavour in curry and the buns didn’t have enough filling.

Manu said the beef was cooked perfectly but the seasoning was too bland. 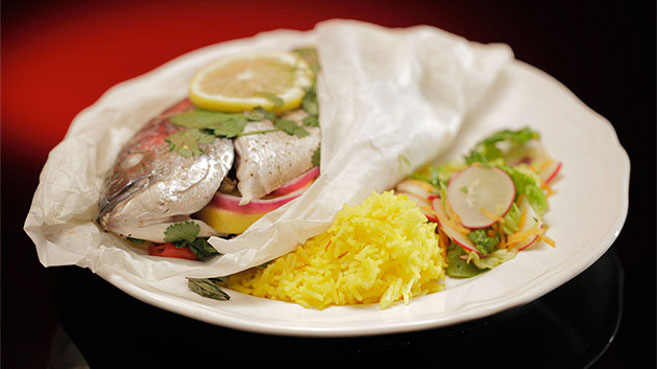 Manu said “i’m struggling”. He said it was only 1/2 cooked. It was not enjoyable to eat. Pete said it was bland, the rice was dry and the salad was terrible. The fish only had the flavouring on the bottom, not the top which means it didn’t infuse the fish. The other contestant’s fish were mostly raw. 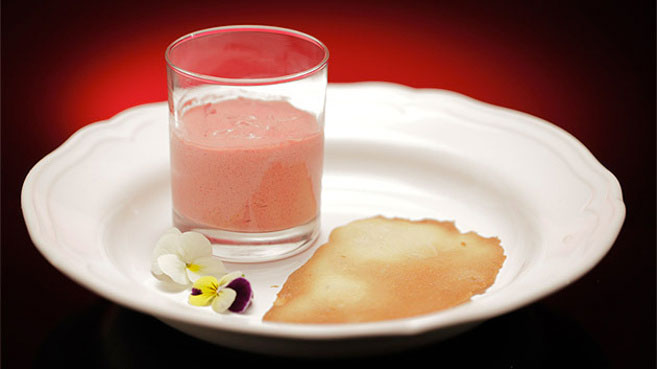 Finlly, Annie and Llyod made Rosewater Mousse with Almond Tuile and Crystallised Petals for dessert. They took the mousse out of the fridge and it wasn’t totally set. The flowers shrivelled in the oven, and the tuile wasn’t consistent.

This places Annie and Lloyd at the bottom of the leader board with only one instant restaurant to go.