Have Helena and Vikki been eliminated on MKR? Its the final instant restaurant round and they have to score more than 58 to beat Thalia and Bianca. Will they have a meltdown in the kitchen? Spoiler, read what happens live here!

UPDATE: Thalia and Bianca have been eliminated from the competition

For entree, Helena and Vikki cooked Braised octopus with clams, tomatos and peas. The girls over cooked the octopus so they had to go back to the shops and get some more, unfortunately it had to be baby octopus as it would cook quicker. 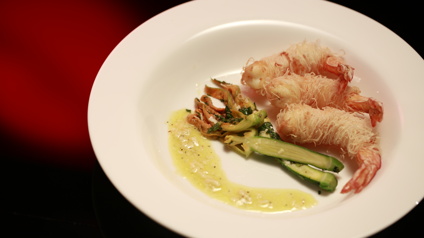 For entree, pete had prawns. He said what they served him was a “suprise”. It was something was very memorable and a very confident dish. It was a celebration of their heritage.

Manu had the octopus. The dish didn’t look amazing, but it tasted fantastic. The flavours were “to die for”. It was “perfect”. 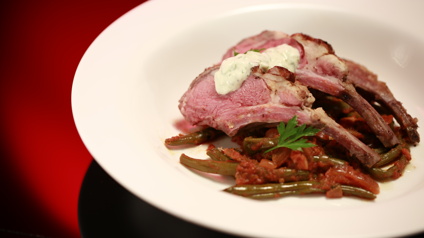 The second dish was Piri Piri Quail with saffron rice and cucumber salsa for main course. 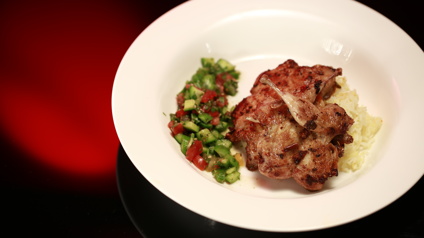 Pete had the lamb. He said this was a classic greek dish and questioned if it should have a lamb rack or not. The lamb was cooked well but it wasn’t cooked as good as it could have been, the fat could have been rendered more. The beans were “fantastic”

Manu had the Piri Piri Quail. He said the quail was cooked to perfection. He felt it was missing some sauce, it was a little dry.

Dessert was Galaktoboureko with ice cream and grilled figs. 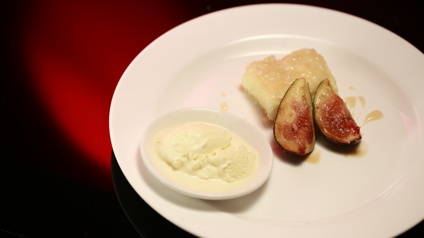 Pete had the mousse cake. It was Pete’s least favourite dish of the evening. He liked the mousse but was struggling to find the hazelnut cake and wasn’t sure why there were macadamia nuts sprinkled on it

Manu had the Galaktoboureko. It was not crispy enough and not cooked long enough but the ice cream was good.