UPDATE: Chloe and Kelly have returned to the show

UPDATE: The team will return with 0 points and face off against Josh and Danielle and Helena and Vikki in the upcoming group elimination rounds

We have gotten word that in a shock announcement, that Chloe from the Chloe and Kelly team quits My Kitchen Rules 2014. After receiving information that her mother was unwell, she was granted temporary leave from the show to see her family. She will leave the show this week but will return to the series when her family is well.

Kelly is currently working at the Perth Restaurant “The Trustee” with head chef Michelle Forbes. She is hoping to be fully qualified in a couple of years. There are rumours that Chloe may also be starting at the restaurant but in the front of house. 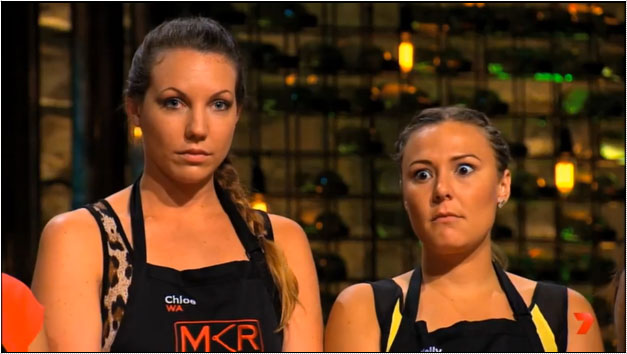