Home » MKR 2014 » Captain David and Corrine are evicted and in a controvesy aren’t even married!

David and Corrine were evicted last night from My Kitchen Rules, having scored the lowest score (a score of 27) in My Kitchen Rules History. But not only has this villainous couple trashed talked everyone else’s cooking, they aren’t even married! 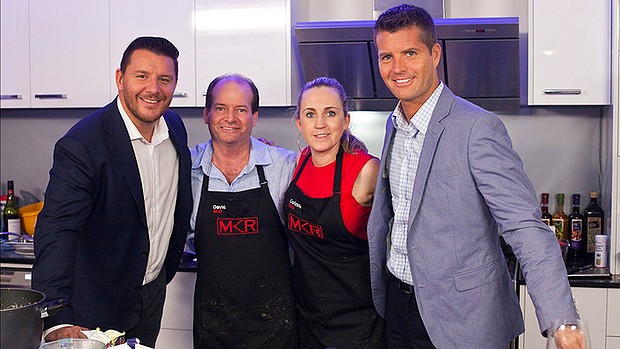 Image courtesy of The Age

Corrine’s estranged husband (also named David) alleges that Corrine and the captain’s relationship began when the former neighbour had an affair with Corrine. David, aged 53, has been claiming Corrine, aged 32, is his ‘Trophy wife’.

The pair have laughed off suggestions that they are that critical in real life, putting their widely perceived behaviour down to ‘clever editing’.